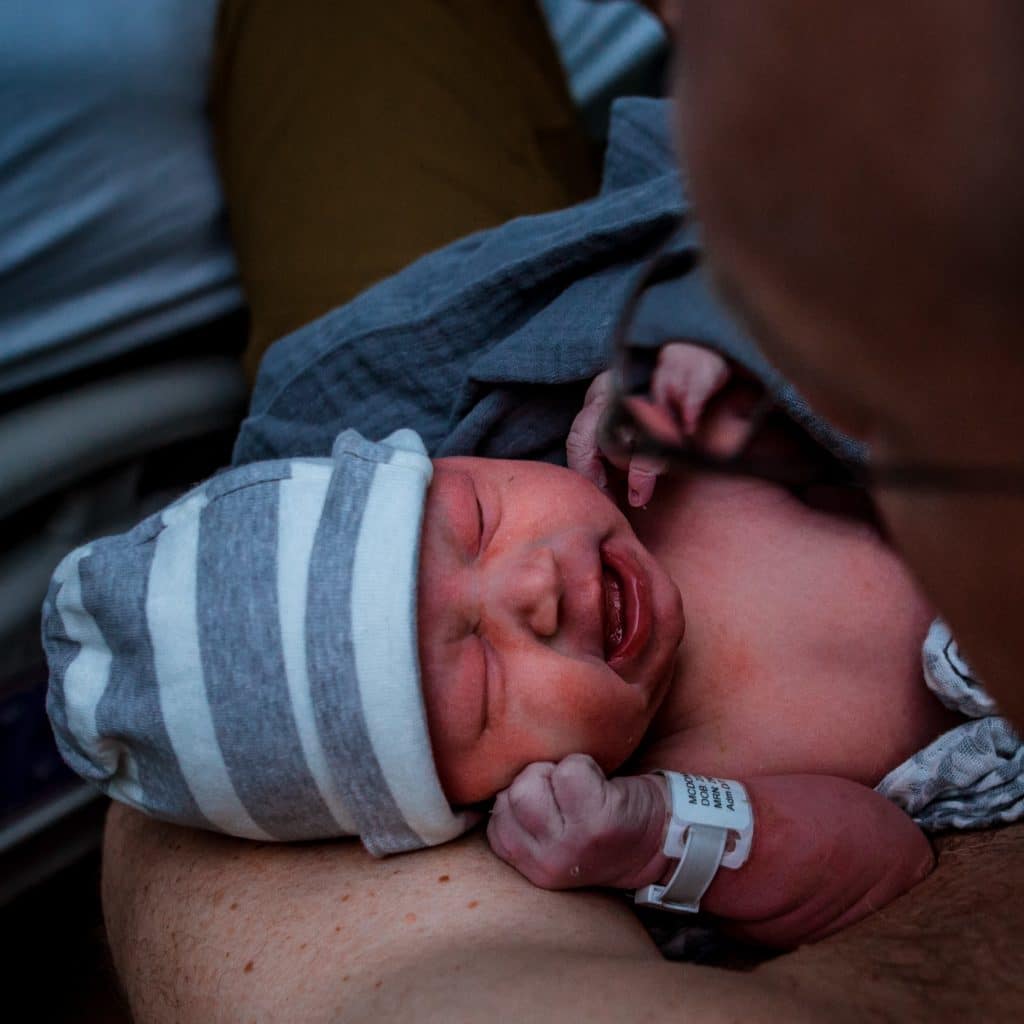 In the US it is common to see young babies wrapped tightly with their arms held close to their body. Swaddling advocates say it mimics the tight hold of the womb. Claims are made that swaddling reduces the startle reflex resulting in better sleep and an easier transfer from arms to bassinet. Not to mention those pesky arms get in the way a lot in the early weeks, as baby accidentally bops herself in the head, scratches her own face, and blocks the nipple she most desperately wants when trying to feed.

As an early childhood educator, I knew swaddling was the norm, especially in the hospital, and I was skeptical about the effectiveness. First, I believe in a strong image of a competent infant. Many adult interventions, though well-meaning, slow down and interfere with the natural learning processes. I also believe a child has a right to access her hands. As an educator, I wasn’t present in the newborn stage but saw the impact removing the swaddle when they were rolling over and it was no longer safe. I had worked with enough babies to know that for some it really regulates them and makes sleep possible. My plan was to not swaddle her unless she needed it (couldn’t sleep more than a few minutes without startling or couldn’t get out of a crying loop any other way). I knew that scratches were at the bottom of the injury pyramid and I would prioritize her having a chance to learn to use her hands over preventing scratches.

Banner was quite regulated and easy going from birth and so she was never swaddled. We had to reiterate that we wrap her with her arms out many times in that first 24 hours in the hospital. We had one nurse ask with kindness, not judgment, about why we wanted her arms out and I explained. It was a challenge the first two or three nights to put her down in the bassinet, but that subsided. In her defense, she was just barely understanding the new world and a bassinet is not as secure or warm as someone’s arms.

On her second day she found her thumb, which she surely would not have been able to do had she been wrapped with her arms in a swaddle. She became consistently more able to get her thumb into her mouth in the weeks following. I did find the arms rather irritating as they interfered with breastfeeding, but later read that babies use their hands to orient themselves and feed. When I paused to observe, I noticed that she did in fact use her hands to help her. If I was more patient and attuned, I would see it. Inevitably, she scratched herself, but the scratches quickly faded. Perhaps things will change, I thought as I planned to continue to follow her cues, but we never needed the swaddle.

Easing the transfer to the crib or bassinet

Crying – (Research has not shown swaddling to reduce crying.)