Why We Chose Holacracy? 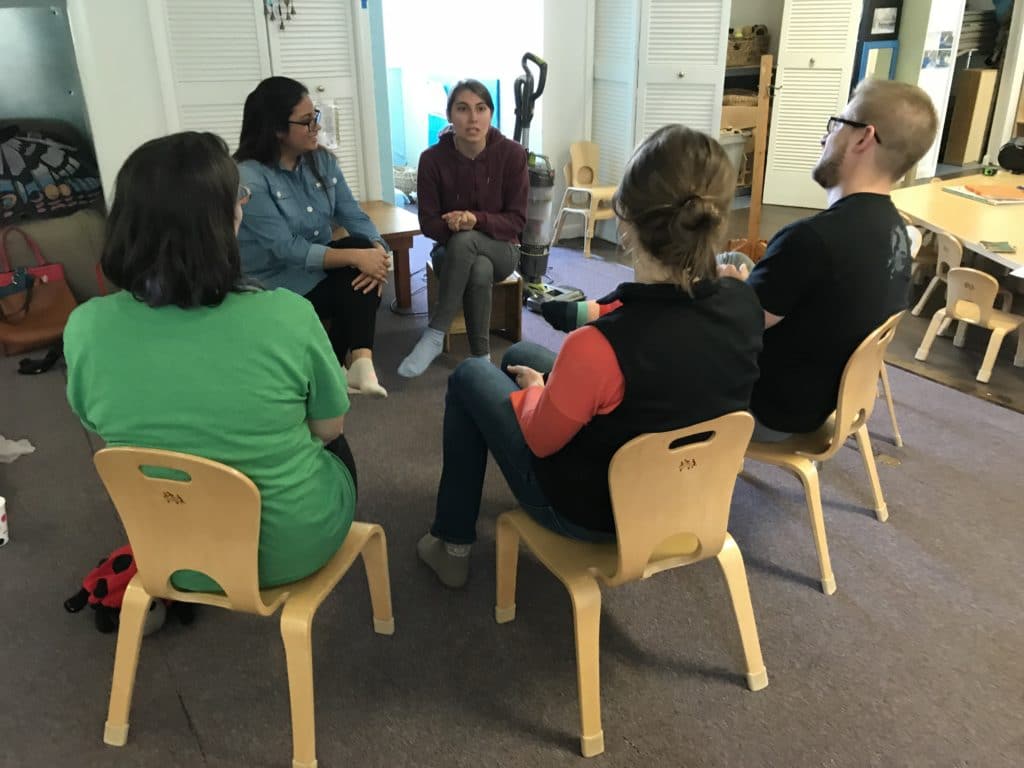 In our commitment to treat children like whole people from birth and offer respectful care, we want to be mindful of the power dynamic between teachers and children and creating a power-with relationship. The goal in a power-with relationship is recognizing the needs of all parties, including the children, and interacting respectfully while honoring independence. Holacracy allows us to structure our organization in alignment with these values for both the children and adults with which we work.

A Framework for Openness

Evolution Towards A Better Organization

At first, learning to live with a new organizational structure was cumbersome. The meeting structures were confusing, long, and tiresome with seemingly endless rules. There was often a fair amount of frustration and tears as we shared a vulnerable part of ourselves and often didn’t get the response we were wanting. On this journey, we have learned to still be vulnerable without taking other’s opinions on our ideas personally. We have learned that if something bothers us, or if we have ideas to make our organization better, we not only can do something about it, we have a responsibility to.

Now that we know the rules of the game, Holacracy has become a mechanism for change and clarity for our organization, allowing us a clear path to success; we depend on it. It allows us to work as a team where no one needs to feel empowered by anyone else, because the power was always ours.